Skip to content
Posted on August 1, 2015August 2, 2015 by Joe Kenyon Posted in Uncategorized 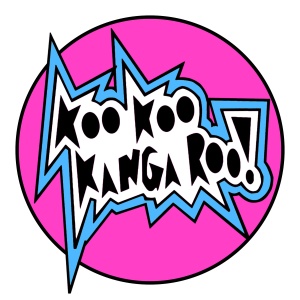 Our first encounter with Koo Koo Kangaroo was when we went to see Frank Turner at the Town Ballroom in Buffalo, NY. Little did we know that these two dudes from Minnesota were going to open for him. They were playing songs about dinosaurs and rainbows…What The Fuck were they doing opening for Frank Turner!? Everything. They were doing everything. It was the coolest shit ever. They have a song called Awesome Rainbows. When they played that song, they jumped down into the crowd, pulled out an old school gym class parachute and we all did the “popcorn” and then we did the move where you reach really high, then pull down quick and sit underneath the parachute. THEY FINISHED THEIR DAMN SONG WHILE WE ALL SAT UNDERNEATH A GOD DAMN ELEMENTARY SCHOOL PARACHUTE. It was that moment that I knew…these guys were legit, and one of my top 10 bands OF ALL TIME!

“Koo Koo Kanga Roo is a live show unlike anything you have ever experienced. With the carefree simplicity of your kindergarden days, a Koo Koo Kanga Roo party is a family fun dance extravaganza for kids and adults of all ages! The undeniable urge to move your body will lead you to the dance floor as you hear their catchy pop melodies and infectious dance beats. Their live show is jam packed with zany sing-alongs and choreographed group dancing that is guaranteed to have the crowd on their feet and engaged in the fun!” Facebook.com/kookookangaroo